I was recently given a wind up light key fob but unfortunately the internal battery was no longer accepting a charge so constant winding was required. I was unable to turn it at a constant RPM so an unacceptable strobe light effect was produced. I really liked the little light so I decided to crack it open and fix it. 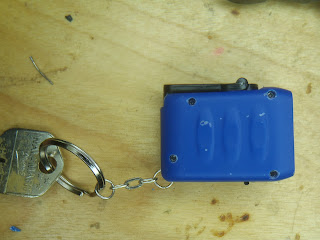 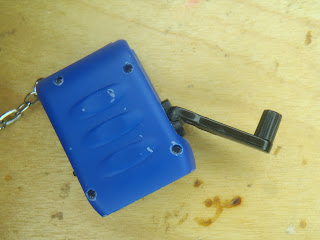 Most little charge up lights I've seen, whether they are solar powered or crank style, don't have a rechargeable battery and simply use a primary cell. Four very small screws later I discovered that is the case here too. 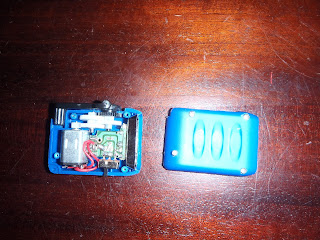 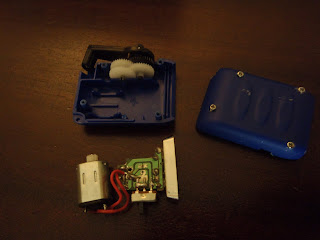 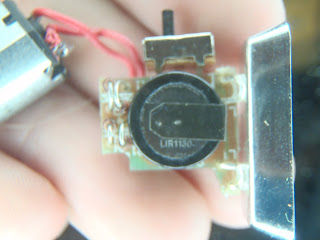 I could have swapped the little lithium coin cell out for a new one and had a working light again but I really liked that the wind up part of this key fob was real. I wanted some way to give it the ability to be wound up for a few turns and hold power for several seconds. I also didn't want to spend any money so it had to be from my parts bin. Luckily I work on a project a while back where I needed some very small ultra-capacitors. I had two 0.47F 2.7V capacitors left over that fit my requirements perfectly. 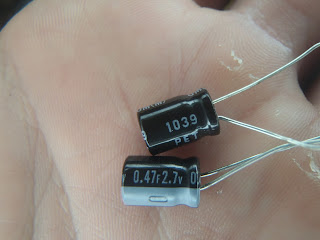 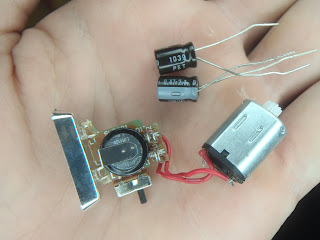 Looking at the PCB I could see the a full wave diode bridge rectifier, yes 4 whole diodes! They spared no expense. They fed into the non rechargeable battery, then the switch made or broke connection to the two LEDs. 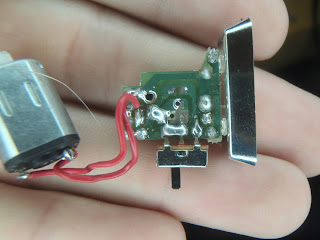 It was simply a matter of de-soldering the battery and replacing it with the two ultra-capacitors. I chose to put the two in series so a higher voltage was capable and thus a longer run time. I could have added a joule thief and only one cap but that would have been a lot to cram in there. 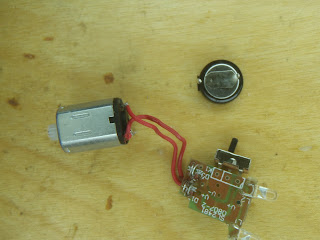 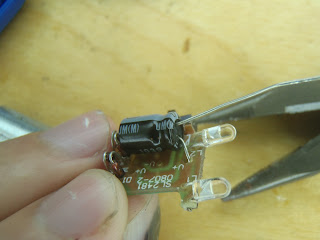 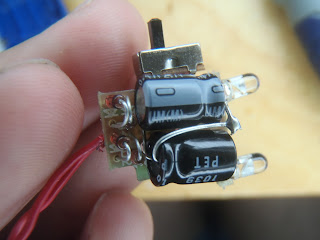 Before I soldered the caps in place I first checked to see if they would fit. The answer is no, they would not fit without removing the board and having everything free floating. I didn't want to do that and I have also been trying not to make my projects look like the Borg made it. Cutting a piece of the case away for the caps to hang out of was a no go as well. I decided to try heating the plastic and adding a depression for them to fit into. This wound't look too ugly and should be easy enough to do. 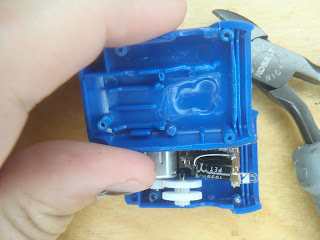 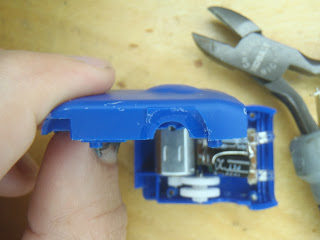 With the caps fitting it was time to screw everything back together and see if it works. Success! About 10-15 fast turns (the faster you turn it the more power is produced) would get about 10 seconds of light. You could also tell when it was fully charged b/c it would start to spin very easily when cranked. 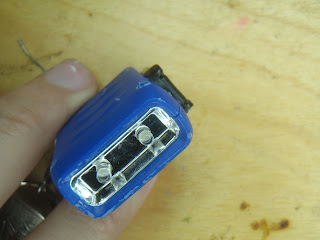 Caleb
I tinker with electronics for fun and build electronics for a living. Check out my other blog where you can follow the progress of my latest commercial product being built. http://pegsprogress.blogspot.com/